We can be brief with this one, because it’s one of the longest-running, best-known, and most obviously scammy scams to ever scam would-be scam-ees:

So, let’s see. A high-up muckety-muck in a big bank writes me out of the blue to report that a wealthy client of the bank has died, leaving behind millions and millions of dollars. The bank can’t seem to find any family members to take on this money, and so, since banks just don’t know what to do with, you know, money, would I be so kind as to help the poor bank move those millions somewhere, and maybe even help further by taking half of that money off of the bank’s hands?

Yeah, that sounds legit. Especially with the broken English, the unprofessional description of the deceased client (“a Jew”, we’re told!), the sleazy request that I play the role of a next of kin, and, oddest of all, the idea that absolute strangers are going to contact me at random to take their money.

This sort of scam is often called the “Nigerian Prince scam”, or “419 scam” (named after the section of the Nigerian Criminal Code that deals with fraud). I’ll forego that name; as my example above shows, the scams originate all over the world, and put forth all sorts of scenarios, not just the well-known (and now too clichéd) example of “I am a Nigerian prince, in need of your help in moving money to your country…”.

A good name for the con is “advance-fee scam”. In short, should you be tempted by an offer like the above and begin discussions with the above “Ms. Liza Wong” (or the Nigerian prince, or Mrs. Nelson Mandela (!), or whoever your purported benefactor is), you’ll most likely be met with the explanation that in order for the funds to go through, some money is needed up front – money to bribe officials, or to secure official approvals for the deal, or to establish some necessary bank account in the originating country, or whatever. Should you pay such advance fees, the promised millions will never flow; you’ll just hear an endless stream of one delay or snag after another, each requiring another injection of your money to solve. And so you’ll keep on sending these payments, until you either wise up or run out of money.

It sounds terribly unlikely that anyone would be taken in by this, I know. But some tiny percentage of people do get reeled in – in some cases, to the tune of all their savings, or even worse. A few unfortunate souls, hooked by these scams, eventually visited the country of the scammers in the hopes of completing the deal, only to be robbed and murdered.

Well. There’s plenty more that could be said about these scams, but the above warning is really enough to keep you safe. Advance-fee scams aren’t some tricky new thing you need to be on guard against; they’re old, really, going back to at least the 18th century. Needless to say, before email, they were conducted by fax, and before that, by postal letter. (Fun fact: Before the days of email, I received a “Nigerian prince” letter – as an actual letter, by international mail! I have no idea how I became a recipient, but I recall being quite mystified by the mysterious message. I hope I can dig up the old thing, and post a photo of it here!)

Have a chuckle and delete it. That’s all. 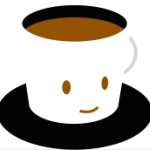